This annual event celebrates the declaration by Federal Parliament that marriage is a life-long union between a man and a woman. This was marked by events around the country.

In Melbourne, at a meeting held at State Parliament, an address was given by the Hon. Kevin Andrews MP. In Perth, a special Mass was held at St Mary’s Cathedral, celebrated by Bishop Don Sproxton and followed by speeches and the presentations of awards by Emeritus Archbishop Barry Hickey, and by the 2012 Ambassadors for Marriage, Ron and Mavis Pirola.

In Sydney, at a meeting held in NSW State Parliament, the new Ambassadors for Marriage, Warwick and Alison Marsh, were welcomed as the “Face of Marriage” for 2013-2014. 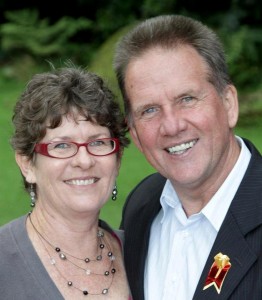 Warwick and Alison have been married for 38 years, and have five children. They are co- founders of the ‘Dad4Kids Fatherhood Foundation”. Both are active in ministry with the Australian Christian Churches and are on the Board of Australian Heart Ministries. Warwick and Alison have a background in business, and are well known public speakers. They also bring their many talents as writers and musicians to their ministry to youth and the Aboriginal community. Both have received the FOL Fatherhood and Motherhood of the Year Awards. Warwick and Alison are congratulated, and wished every blessing in their term as Marriage Ambassadors!

From the Dicastery for the Laity, the Family and Life